Tags
Big Data Analytics
Clouds and Distributed Computing
File Systems
Heterogeneous Systems
Storage Technologies
LocationPikkolo
DescriptionBeeGFS, a highly scalable parallel file-system has become one of the fastest growing middleware products for HPC and other performance-oriented environments since its start at the Fraunhofer center for HPC in 2005. Today the German company ThinkParQ drives its development and provides worldwide support.

In 2016 BeeGFS became an open-source product in response to rising demand from customers and a more active community that wanted to contribute to further developments. As a European development the initial focus was on Europe, but due to its scalability, flexibility and stability together with its support for mixed architectures, it gained significant popularity beyond Europe in the past years. That became clearly obvious in November 2017 where the first BeeGFS BoF ever at SC17 attracted more than 100 attendees, mostly from the US. Feedback from that session is being incorporated into coming product releases.

At the BoF developers, administrators and end-users will discuss the roadmap and share experiences with the product. It will be divided into three sections which in all cases will be followed by Q&A session with the audience:

The session will start with a short presentation about the latest BeeGFS version, including the long-awaited BeeGFS Windows client and will be complemented by a short customer presentation about firsthand experiences in HPC-production environments and in the final section by an update on future feature developments - again intermixed with Q&A.

To help us further prioritize what BeeGFS users really want there will be a quick survey at the end of the session.
BoF Organizer/Speakers
Frank Herold
CEO
ThinkParQ GmbH 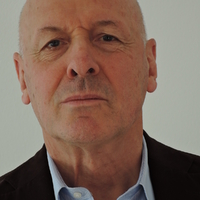