Tags
Exascale Systems
LocationPanorama 2
DescriptionAt the Digital Day in Rome (organised on 23 March 2017 as part of the 60th anniversary celebrations of the Treaty of Rome), seven Member States – France, Germany, Italy, Luxembourg, the Netherlands, Portugal and Spain – signed the EuroHPC declaration. They were subsequently joined by Belgium, Slovenia, Bulgaria, Switzerland, Greece and Croatia.

The target set by the Union is to reach exascale performance, i.e. a performance level of computing systems capable of executing ten to the power of eighteen operations per second, by the years 2022 or 2023. The increase of computing power beyond the exascale would include post-exascale technologies and likely quantum computers.
Speaker 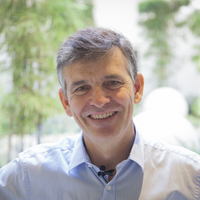