Tags
Quantum Computing
LocationPanorama 1
DescriptionA gate-based quantum computer is the quantum equivalent of the classical circuit-model computer. It works with qubits, the quantum equivalent of bits, on which sequences of quantum circuit operations (gates) are performed. These gate sequences are so-called quantum algorithms that can be designed to solve a variety of problems.

Quantum annealing is a quantum-mechanical paradigm to solve optimization problems featuring a discrete search space with many local minima by a process using quantum fluctuations. In case of quantum annealing, a quantum algorithm is the continuous time (natural) evolution of a system of qubits to find the lowest-energy state of a system representing an optimization problem.
Speaker 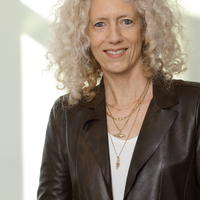