The challenge with distributed task creation is the absence of ordering information to reliably match input and output dependencies across process boundaries. In contrast to OpenMP, we cannot rely on the order in which tasks have been created but instead need to restore partial ordering of tasks from additional information provided by the user. We thus introduce the concept of task phases, which can be seen as a logical clock for tasks and allow us to restore happens-before relations. In our model, output dependencies always refer to the current phase while input dependencies refer to a matching output dependency in a previous phase.

Figure 4 demonstrates the use of our proposed C++ interface for implementing the Blocked Cholesky Factorization. The async function creates a task that executes the given lambda after all specified dependencies have been satisfied, regardless of whether they refer to local or remote memory. Figures 5 and 6 show the performance on both the Cray XC40 Hazel Hen and Oakforest PACS, a KNL-based system. These early results are encouraging and demonstrate the viability of our approach, which yields mostly comparable performance to PaRSEC DTD. On Oakforest PACS, our approach potentially outperforms PaRSEC DTD due to limited scalability of its replicated task graph.
Poster PDF
Poster Authors 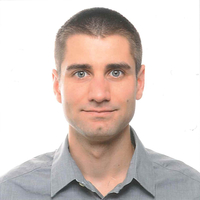