Tags
Visualization & Virtual Reality
LocationBooth N-230
DescriptionThorough understanding of ultra-intense laser-plasma interaction may enable new routes in fundamental research as well as a wide range of applications. However, such systems involve collective behavior of particles in self-consistent electromagnetic fields which is, in general, complex and strongly non-linear problem that can be investigated only with the help of numerical simulation.

An exponential increase of computational throughput of supercomputers enables researchers to perform simulations with unprecedented accuracy. Using the conventional post-processing approach of data analysis, such simulations would require extremely large amount of data to be stored on a persistent storage. The storage bandwidth performance, however, has not grown up as rapidly as the computational power. In practice, the data coming from the simulations have to be stored only at several time-steps or at much coarser resolution than the original data, the rest is just discarded. Therefore, a significant part of information may be potentially lost.

The technique where the simulation data are concurrently analyzed and visualized while it is being generated is usually referred to as in situ processing. In situ processing could circumvent the bottleneck of data transfer. By coupling the visualization and simulation together, one may process and analyze the simulation data at high spatial and temporal resolutions without the necessity of involving the storage resources.

Recently, we have instrumented the code EPOCH with the ParaView Catalyst. EPOCH is massively parallel, multi-dimensional plasma physics simulation code based on the particle-in-cell method. ParaView Catalyst is a library that has been designed for in situ coupling of numerical codes with the state-of-the-art visualization system. Here we present our implementation strategy, performance analyses and demonstrate the in situ capabilities on several large-scale laser-plasma simulations.
Poster PDF
Poster Authors 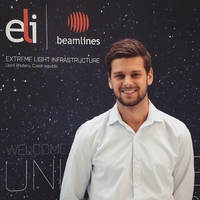