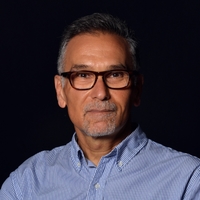 Biography
Ozalp Babaoglu is Professor at the Department of Computer Science and Engineering, University of Bologna. He received a Ph.D. in 1981 from the University of California at Berkeley. Babaoglu’s virtual memory extensions to AT&T Unix at UC Berkeley became the basis for “BSD Unix” distributions. He is the recipient of 1982 Sakrison Memorial Award, 1989 UNIX International Recognition Award and 1993 USENIX Association Lifetime Achievement Award. Before moving to Bologna, Babaoglu was an Associate Professor in the Department of Computer Science at Cornell University. In 2002 Babaoglu was made a Fellow of the ACM for his “contributions to fault-tolerant distributed computing, BSD Unix, and for leadership in the European distributed systems community”. He currently serves on the editorial board of ACM Transactions on Autonomous and Adaptive Systems. Previously, he served on the editorial boards of ACM Transactions on Computer Systems and Springer-Verlag Distributed Computing.
Presentations
Research Paper
Heterogeneity-aware Resource Allocation in HPC Systems