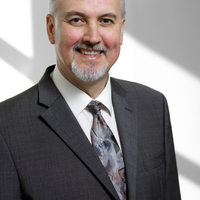 Biography
Bernd Mohr started to design and develop tools for performance analysis of parallel programs already with his diploma thesis (1987) at the University of Erlangen in Germany, and continued this in his Ph.D. work (1987 to 1992). During a three year postdoc position at the University of Oregon, he designed and implemented the original TAU performance analysis framework. Since 1996 he has been a senior scientist at Forschungszentrum Jülich. Since 2000, he has been the team leader of the group ''Programming Environments and Performance Analysis''. Besides being responsible for user support and training in regard to performance tools at the Jülich Supercomputing Centre (JSC), he is leading the Scalasca performance tools efforts in collaboration with Prof. Felix Wolf of TU Darmstadt. Since 2007, he also serves as deputy head for the JSC division ''Application support''. He was an active member in the International Exascale Software Project (IESP/BDEC) and work package leader in the European (EESI2) and Jülich (EIC, ECL) Exascale efforts. For the SC and ISC Conference series, he serves on the Steering Committee. He is the author of several dozen conference and journal articles about performance analysis and tuning of parallel programs.
Presentations
Student Program
Tutorial on HPC Applications, Systems & Programming Languages