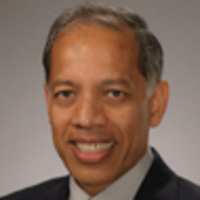 Biography
Dr. Rupak Biswas is currently the Director of Exploration Technology at NASA Ames Research Center, Moffett Field, Calif., and has held this Senior Executive Service (SES) position since January 2016. In this role, he is in charge of planning, directing, and coordinating the technology development and operational activities of the organization that comprises of advanced supercomputing, human systems integration, intelligent systems, and entry systems technology. The directorate consists of approximately 700 employees with an annual budget of $160 million, and includes two of NASA’s critical and consolidated infrastructures: arcjet testing facility and supercomputing facility. He is also the Manager of the High End Computing Capability Project that provides a full range of advanced computational resources and services to numerous NASA programs. In addition, he leads the emerging quantum computing effort for NASA. Dr. Biswas received his Ph.D. in Computer Science from Rensselaer in 1991, and has been at NASA ever since. During this time, he has received several agency awards, including the Exceptional Achievement Medal and the Outstanding Leadership Medal. He is an internationally recognized expert in high performance computing and has published more than 150 technical papers, received many Best Paper awards, edited several journal special issues, and given numerous lectures around the world.
Presentations
Vendor Showdown
Voting Results & Awarding