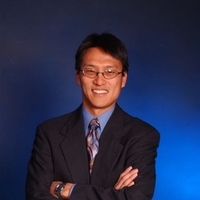 Biography
Wu Feng is an Elizabeth & James Turner Fellow and Professor of Computer Science and Electrical & Computer Engineering at Virginia Tech, where he directs the Synergy Laboratory and serves as the VT site co-director of the NSF Center for High-Performance Reconfigurable Computing (CHREC). His research interests in efficient parallel computing sits at the synergistic intersection of computer architecture, systems software, middleware, and applications software and ranges from core computer science research to highly interdisciplinary research. Of recent note is his new GPU-accelerated HokieSpeed supercomputer, which debuted as the greenest commodity supercomputer in the U.S. in November 2011. Prior to that, in 2002, he invented Green Destiny, a 240-processor supercomputer with a footprint of five square feet and a power usage of only 3.2 kilowatts, resulting in international acclaim in hundreds of media outlets including BBC News, CNN, and The New York Times and leading to the founding of the Green500.
Dr. Feng received a B.S. in Electrical & Computer Engineering and Music (Honors) and an M.S. in Computer Engineering from Penn State University in 1988 and 1990, respectively. He earned a Ph.D. in Computer Science from the University of Illinois at Urbana-Champaign in 1996. He is a Distinguished Member of the ACM, Senior Member of the IEEE, and two-time designee of HPCwire's Top People to Watch List.
Presentations
Focus Session
Panel
TOP500, Green500 & HPCG Awards