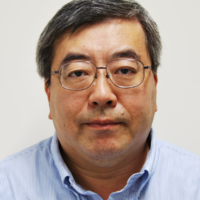 Biography
Taisuke Boku received Master and PhD degrees from Department of Electrical Engineering at Keio University and currently is the deputy director and HPC division leader of Center for Computational Sciences, University of Tsukuba. In this center for past 20 years, he has been playing the central role of system development on CP-PACS (ranked as number one in TOP500 in 1996), FIRST (hybrid cluster with gravity accelerator), PACS-CS (bandwidth-aware cluster) and HA-PACS (high-density GPU cluster) as the representative supercomputers in Japan. He is a coauthor of ACM Gordon Bell Prize in 2011.
Presentations
Project Poster
(PP18) MYX - MUST Correctness Checking for YML and XMP Programs

Parallel Applications
Performance Analysis and Optimization
Back to top