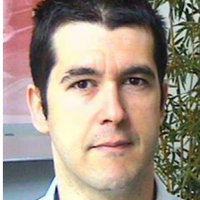 Biography
Samuel Kortas, Computational Scientist at the KAUST Supercomputing Core Laboratory. For 25 years, Samuel Kortas has been working as a research scientist at LANL, the CEA, or EDF R&D, or as a technical leader at Cap Gemini involved in consulting missions. His missions were related to performance tuning in high performance or embedded computing for domains as diverse as ocean modeling, nuclear safety, telecom services, driver programming, or technical survey and realization of proofs of concept. As a benchmark expert, Samuel was involved in the procurement and acceptance of five major supercomputers. Since 2013, at KAUST, he is simplifying the use of Shaheen for industrial or academic users. He develops tools extending the scheduler capabilities in managing workflows making them fault-tolerant to hardware or numerical failures. Samuel received his engineering degree from the Ecole Centrale Paris in 1992 and his PhD in Applied Mathematics from the University of Marseille in 1997.
Presentations
Project Poster
(PP23) Decimate: A Portable and Fault-Tolerant Scheduler Extension Efficiently Handling a Large Number of Dependent Jobs