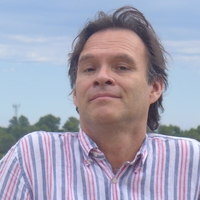 Biography
Ulises Cortés is a Full-Professor and Researcher of the Technical University of Catalonia (UPC) since 1982 (tenured since 1988 and habilitated as Full-Professor since 2006) working on several areas of Artificial Intelligence (AI) in the Computer Science (formerly Software Department) including knowledge acquisition for and concept formation in knowledge-based systems, as well as on machine learning and in autonomous intelligent agents . Since 1998 until 2012, he is the Coordinator of the Artificial Intelligence Ph.D. program for the Technical University of Catalonia. Since, 2012, Prof. Cortés is Deputy vicerector for European Research or the Technical University of Catalonia. Since 2007 and until 2012, Professor Cortés was the Academic Coordinator of the Barcelona Supercomputing Center and today is the responsible of the Latin American Relations between BSC and LatinAmerica . He is the Academic Coordinator for the Interuniversitary Master programme on Artificial Intelligence from 2011.
Presentations
Workshop
2nd Workshop on HPC Collaboration between Europe and Latin America