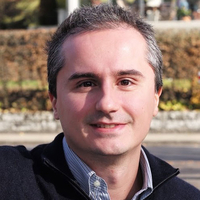 Biography
Cristiano Malossi received his B.Sc. in Aerospace Engineering and his M.Sc. in Aeronautical Engineering from the Politecnico di Milano (Italy) in 2004 and 2007, respectively. After working one year on computational geology problems in collaboration with ENI, he moved to Switzerland where in 2012 he got his Ph.D. in Applied Mathematics from the Swiss Federal Institute of Technology in Lausanne (EPFL), with a thesis focused on the development of algorithms and mathematical methods for the numerical simulation of cardiovascular problems. After winning the IBM Research Prize for his PhD thesis, in July 2013 Cristiano joined IBM Research - Zurich in the Foundations of Cognitive Solutions group. Cristiano is a recipient of the 2015 ACM Gordon Bell Prize and 2016 IPDPS Best Paper Award.
Presentations
Workshop
Approximate and Transprecision Computing on Emerging Technologies (ATCET)