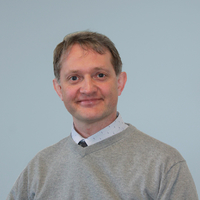 Biography
Serge Bogaerts graduated in 1992 as Mechanical and Electrical Engineer at the Free University of Brussels (ULB). Researcher in numerical fluid mechanics at the von Karman Institute, then design engineer in nuclear safety at Tractebel Engineering, and, in 2003, researcher in CFD-Multiphysics at Cenaero, Serge knows the challenges of numerical simulation. He managed the operations of Cenaero supercomputers from 2006 which allowed him to build up an in-depth experience in leading projects for the procurement and operation of HPC infrastructures. In October 2012, he was appointed Belgian Delegate to the PRACE Council on which he also served as Council Secretary from October 2015 onwards. He left Cenaero to take up the position of PRACE Chair of the Board of Directors and Managing Director on 1 February 2017.
Presentations
Focus Session
Towards providing Exascale Capacity to Scientists