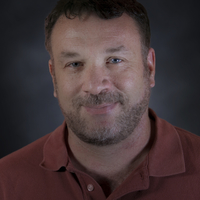 Biography
Robert McLay received his Ph.D from the University of Texas at Austin in Engineering Mechanics. His research interests include solving incompressible fluid dynamics with 3-D Finite Elements on large parallel computers. He is also interested in software tools to support supercomputers.

He joined the Texas Advanced Computing Center in 2008. In 2011, he became manager of the HPC Software Tools group. He released Lmod, a Lua based Environment Modules Tool as open source project in 2009. It has grown from a single center to be used by hundreds of sites around the world. Another open source project, XALT was released in 2014. It is a C/C++ based tool to track tasks on supercomputers. It has a small but growing community.
Presentations
Tutorial
Introduction to Parallel I/O