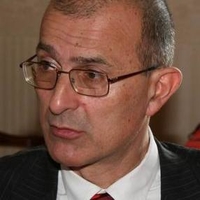 Biography
Prof. Veljko Milutinovic (1951) received his PhD from the University of Belgrade, spent about a decade on various faculty positions in the USA (mostly at Purdue University and the Indiana University in Bloomington), and was a co-designer of the DARPAs first GaAs RISC microprocessor and the DARPAs first GaAs Systolic Array (both well documented in the open literature). Later, for about two decades, he taught and conducted research at the University of Belgrade, in EE, MATH, BA, and PHYS/CHEM. Now he serves as the Chairman of the Board for the Maxeler operation in Belgrade, Serbia and the Chairman of the Board of MECOnet.me in Podgorica, Montenegro.