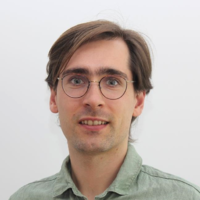 Biography
Xavier Lapillonne is a senior scientist in the model development group at the Federal Office of Meteorology and Climatology MeteoSwiss, Zurich since 2015. He is working in the field of high performance computing, in particular on hybrid system. He received a PhD in physics from EPF Lausanne in 2010, where he worked on massively parallel codes to simulate turbulence in hot plasmas. In 2010-2015 he was Post-doctoral researcher at ETH Zurich working on the development of a new GPU capable version of the climate and numerical weather prediction model COSMO. He was the lead developer for porting several parts of the model using OpenACC compiler directives, including physical parameterization and data Assimilation and re-wrote some model components using Domain Specific Language. He has experience in developing, optimizing and running scientific models on many supercomputers, including hybrid architectures (IBM blue gene, Bull NovaScale, Cray XT-4/5, XE6, XK7, XC30, CS-Storm).
Presentations
Focus Session
A Step Ahead: Novel HPC Approaches to provide Early Warnings for Severe Weather