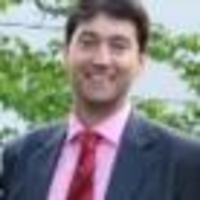 Biography
Bob Jones was the Head of CERN openlab from 2012 to 2014, for the CERN openlab fourth phase. He is as well as a member of the IT department head office with responsibilities in EC co-funded projects. Following a B.Sc. (Hons) in Computer Science from Staffordshire University, Bob joined CERN in 1986 as a software developer with the information technology department providing support for the physics experiments running on the Large Electron Positron (LEP) particle accelerator. He completed his PhD thesis in Computer Science at Sunderland University while working at CERN. He has been involved in several research projects for the Large Hadron Collider (LHC) accelerator and has contributed to online software system for the ATLAS experiment at the LHC. Before joining openlab, Bob was a leader of the European Commission funded series of projects that helped develop the world-wide grid system that is used to process LHC data and he is now involved in major EC funded projects.
Presentations
Birds of a Feather
HPC, Containers and Big Data Analytics – How can Cloud Computing contribute to the New Challenges