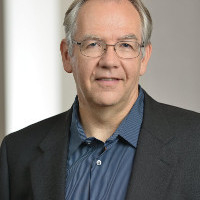 Biography
Dr. Al Gara is an Intel Fellow and Chief Architect of E&G Advanced Development, a part of Data Center Group at Intel Corporation. In this capacity he is leading a team of Intel architects in system pathfinding the future for Xeon-Phi compute directions. Additionally he is leading the Intel team responsible for delivering the Coral system

Prior to joining Intel in 2011, Dr. Gara was an IBM fellow and chief architect for three generations of the Blue Gene platforms. Al has been the chief architect on more than 1/3 of the top10 systems over the last ten years as measured by the Top500. Al has received two Gordon Bell prizes (1998 and 2006) and the Seymour Cray award in 2010. He has over 70 publications in computer science and physics and more than 130 US patents in the area of computer design and architecture.

Gara previously joined Columbia University in 1992, where he became a member of the E690 experimental group at Fermilab. This was followed by work at the Large Hadron Collider at CERN. In parallel with this experimental physics work, he collaborated with the Columbia University theory group lead by Professor Norman Christ. This group designed and built the QCDSP supercomputer, optimized for Quantum Chromodynamics (QCD) calculations.

Gara received his PhD in physics from the University of Wisconsin, Madison in 1987 for his work calculating the meson mass spectra utilizing a relativistic Bethe-Salpeter approach.
Presentations
Focus Session
Technology Challenges and Trends over the next Decade (A Look through a 2030 Crystal Ball)