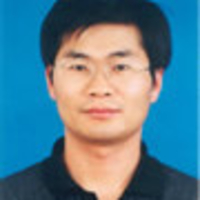 Biography
Dr. Xueqi Cheng is a full professor in the Institute of Computing Technology, Chinese Academy of Sciences (CAS), and vice director of the Institute of Computing Technology and the director of the CAS Key Laboratory of Network Data Science and Technology. He obtained his PhD degree from Chinese Academy of Sciences in 2006. His main research areas include Web search and data mining, data science, and social media analytics. He is the general secretary of CCF Task Force on Big Data, the vice-chair of CIPS Task Force on Chinese Information Retrieval. He is the associate editor of IEEE Transactions on Big Data, Editorial Board Member of Journal of Computer Science and Technology and Chinese Journal of Computer. He was the general co-chair of WSDM’15, Steering Committee co-chair of IEEE Conference on Big Data, PC chair of ChinaCom’12 and IS’09, and PC members of more than 20 conferences, including ACM SIGIR, WWW, ACM CIKM, ACL, IEEE ICDM, IJCAI, and ACM WSDM. He has more than 300 publications, and was awarded the Best Paper Award in ACM CIKM’11, the Best Student Paper Award in ACM SIGIR’12, and the Best Full Paper Award Runner UP. He is the principal investigator of more than 10 major research projects, funded by NSFC and MOST. He was awarded the NSFC Distinguished Youth Scientist (2014), the National Prize for Progress in Science and Technology (2012), the China Youth Science and Technology Award (2011).
Presentations
Focus Session
Social media security: a data mining perspective