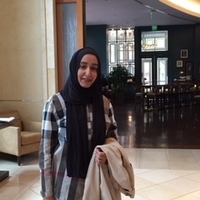 Biography
Dr. Samar has been working as a Computational Scientist at KSL since October, 2010. She received her B.S. degree in Math from UQU in Saudi Arabia by 2001. She continued her higher studies in Applied Math at the same university. She received a M.S. Degree in 2005 and Ph.D. in 2009. Before joining KAUST, she was trained in supercomputing at IBM in NY. Her present research interest is FFT library benchmarks. She had provided support to Shaheen user community at KSL and currently focusing more on Research at ECRC.
Presentations
Birds of a Feather
FFT in the Exascale: Opportunities and Challenges