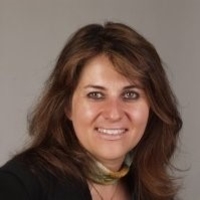 Biography
Shiva heads the Innovation Finance Advisory Division in the EIB. She has been at the EIB since 2003, first in Risk Management, then in its Lending Directorate financing higher risk, innovative projects before joining the Advisory Services Department.

Before EIB, Shiva was Director of High Yield at Fitch Rating Agency developing its European High Yield rating business and worked in the M&A Advisory and Emerging Markets Investment Banking Group at J.P. Morgan in New York and London.

Shiva holds a BA in Economics from Columbia University and an Executive MBA from London Business School (LBS). In 2000, Shiva co-founded the European High Yield Association (EHYA), which is now part of the Association for Financial Markets in Europe (AFME). In 2006, Credit Magazine nominated Shiva to its Top 50 Women in Credit.
Presentations
Special Event
Financing the Future of Supercomputing - How to increase the investments in High Performance Computing in Europe