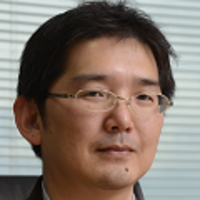 Biography
Toshiyuki Imamura is currently a team leader of Large-scale Parallel Numerical Computing Technology at R-CCS. He received his Diploma and Doctorate in applied systems and sciences in 1993 and 2000, respectively, from Kyoto University. He was a Researcher at the CCSE, JAERI in 1996-2003, a visiting scientist at HLRS in 2001-2002, and an associate professor at the University of Electro-Communications in 2003-2012. His research interests include HPC, automatic-tuning, eigenvalue computation, etc. His research groups were the finalists of Gordon Bell Prize in 2005 and 2006, also got awarded as the best poster ISC16 and 17.
Presentations
Research Poster
(RP14) Automatic Generation of Full-Set Batched BLAS