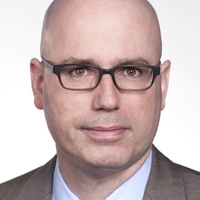 Biography
Felix Wolf is full professor at the Department of Computer Science of Technische Universität Darmstadt in Germany, where he leads the Laboratory for Parallel Programming. He works on methods, tools, and algorithms that support the development and deployment of parallel software systems in various stages of their life cycle. Prof. Wolf received his Ph.D. degree from RWTH Aachen University in 2003. After working more than two years as a postdoc at the Innovative Computing Laboratory of the University of Tennessee, he was appointed research group leader at the Jülich Supercomputing Centre. Between 2009 and 2015, he was head of the Laboratory for Parallel Programming at the German Research School for Simulation Sciences in Aachen and full professor at RWTH Aachen University. Prof. Wolf has published more than a hundred refereed articles on parallel computing, several of which have received awards.
Presentations
Birds of a Feather
Artificial Intelligence and Performance Analysis/Optimization